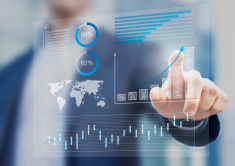 As data consumers, we sometimes get peppered by more information than we can cognitively process in a single moment. Thankfully, the well-established practice of data visualization helps us to condense large amounts of data points, trends and outliers into a visually digestible format. These visualizations can be as simple as a static line chart, or they can become more sophisticated as with interactive maps. For those of us tasked with presenting this data, we can leverage an array of visual tools to tell the story factually without dumping out raw data.

If you are among the stalwarts who must provide pages and pages of columnar data to satisfy an audit, this post is probably not for you. For those who want to produce or consume data visually, I will provide some basic points to consider when producing visualized information. But first, let’s take a look at an entertaining example of data visualization I found on Tableau Public, a free service where anyone can post interactive data visualizations. I will refer to this example in the points below (click the image to open, and be sure to interact with some of the chart data points): 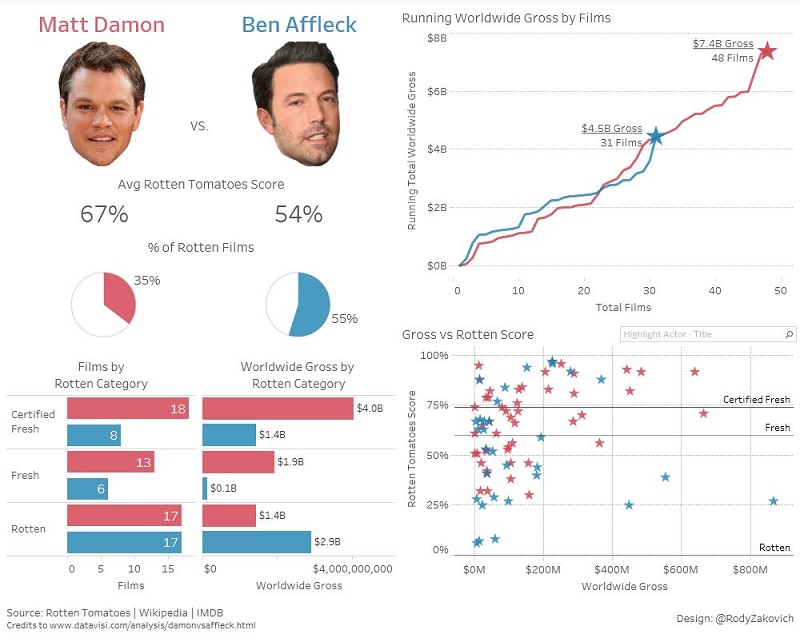 Some points to consider when producing visualizations for others:

Data visualization continues to evolve as both a technology and a discipline. With the right amount of creativity and detail, complex data patterns can be transformed into a digestible format that tell your story factually. Current data visualization software allows you to connect to virtually any data source to produce feature rich, visual analysis. Although they can be interactive and visually stunning, visual tools have to be used in a manner that works best for the audience. As in the movies, it’s not all about the special effects. The script is still what matters.

Many thanks to Rody Zakovich for providing the visualization example used in this post.